Every day we hear about a new vulnerability or a new attack technique, but most of the time it’s difficult to imagine the real impact. The current emphasis on cyberwar (cyber-warfare if you prefer) leads to myths and nonsense being discussed. I wanted to show real life examples of large scale attacks with big impacts on critical infrastructure, people, companies, etc.

The idea of this post is to raise awareness. I want to show how vulnerable some industrial, oil, and gas installations currently are and how easy it is to attack them. Another goal is to pressure vendors to produce more secure devices and to speed up the patching process once vulnerabilities are reported.

The attack in this post is based on research done by my fellow pirates, Lucas Apa and Carlos Penagos. They found critical vulnerabilities in wireless industrial control devices. This research was first presented at BH USA 2013. You can find their full presentation here https://www.blackhat.com/us-13/archives.html#Apa
A common information leak occurs when vendors highlight how they helped Company X with their services or products. This information is very useful for supply chain attacks. If you are targeting Company X, it’s good to look at their service and product providers. It’s also useful to know what software/devices/technology they use.
In this case, one of the vendors that sells vulnerable wireless industrial control devices is happy to announce in a press release that Company X has acquired its wireless sensors and is using them in the Haynesville Shale fields. So, as an attacker, we now know that Company X is using vulnerable wireless sensors at the Haynesville Shale fields. Haynesville Shale fields, what’s that? Interesting, with a quick Google search you end up with: 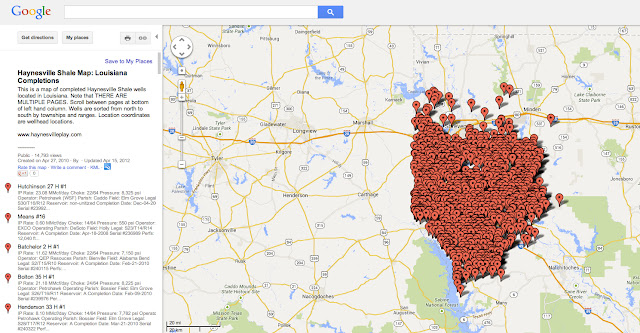 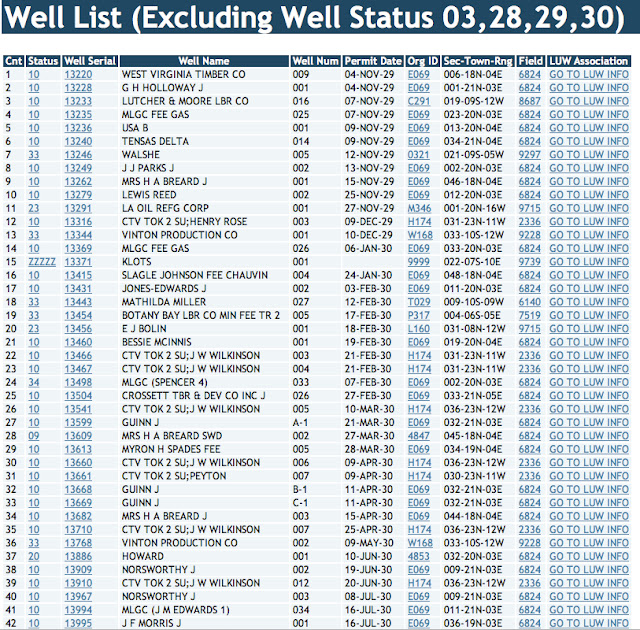 https://ioactive.com/wp-content/uploads/2013/11/haynesville-la-completions-operator.pdf
Even interactive maps are available:

http://sonris-www.dnr.state.la.us/gis/agsweb/IE/JSViewer/index.html?TemplateID=181
You can find all of Company X’s wells along with their exact location (geographical coordinates). You know almost exactly where the vulnerable wireless sensors are installed.
Since the wells are at a remote location, exploiting the wireless sensor vulnerabilities becomes an interesting challenge. Enter drones, UAV unmanned aerial vehicles. Commercially available drones range from a couple hundred dollars to tens of thousands dollars, depending on range, endurance, functionality, etc. You can even build your own and save some money. The idea is to put the attack payload in a drone, send it to the wells’ location, and launch the attack. This isn’t difficult to do since drones can be programmed to fly to x,y coordinates and execute the payload while flying around the target coordinates (no need to return).
Depending on your budget, you can launch an attack from a nearby location or very far away. Depending on the drone’s endurance, you can be X miles away from the target. You can extend the drone’s range depending on the radio and antenna used.
The types of exploits you could launch from the drone range from bricking all of the wireless devices to causing some physical harm on the shale gas installations. Manipulating device firmware or injecting fake data on radio packets could make the control systems believe things like the temperature or pressure are wrong. Just bricking the devices could result in significant lost money to Company X. The devices would need to be reconfigured/reflashed. The exploits could interfere with shale gas extraction and even halt production. The consequences of an attack could be even more catastrophic depending on how the vulnerable devices are being used.
Attacks could be expanded to target more than just one vendor’s device. Drones could do reconnaissance first, scan and identify devices from different vendors, and then launch attacks targeting all of the specific devices.
In order to highlight attack possibilities and impact consequences I extracted the following from http://www.onworld.com/news/newsoilandgas.html (the companies mentioned in this article are not necessarily vulnerable, this is just for illustrative purposes):
“…Pipelines & Corrosion Monitoring
Wireless flow, pressure, level, temperature and valve position monitoring are used to streamline pipeline operation and storage while increasing safety and regulatory compliance. In addition, wireless sensing solutions are targeted at the billions of dollars per year that is spent managing pipeline corrosion. While corrosion is a growing problem for the aging pipeline infrastructure it can also lead to leaks, emissions and even deadly explosions in production facilities and refineries….”
Leaks and deadly explosions can have sad consequences.
Cyber criminals, terrorists, state actors, etc. can launch big impact attacks with relatively small budgets. Their attacks could produce economical loses, physical damage, even possible explosions.
While isolated attacks have a small impact when put in the context of cyberwar, they can cause panic in populations, political crisis, or geopolitical problems if combined with other larger impact attacks.
Probably in a future post I will describe more of these kinds of large scale, big impact attacks.