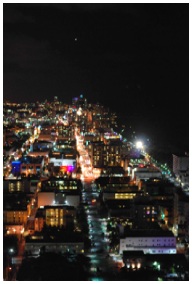 S4 is my favorite conference. This is mainly because it concentrates on industrial control systems security, which I am passionate about. I also enjoy the fact that the presentations cover mostly advanced topics and spend very little time covering novice topics.

Over the past four years, S4 has become more of a bits and bytes conference with presentations that explain, for example, how to upload Trojan firmwares to industrial controllers and exposés that cover vulnerabilities (in the “insecure by design” and “ICS-CERT” sense of the word).

This year’s conference was packed with top talent from the ICS and SCADA worlds and offered a huge amount of technical information. I tended to follow the “red team” track, as these talks broke varying levels of control systems networks.

Sergey Gordeychick gave a great talk on the vulnerabilities in various ICS software applications, including the release of an “1825-day exploit” for WinCC, which Siemens did not patch for five years. (The vulnerability finally closed in December 2012.)

Alexander Timorin and Dmitry Skylarov released a new tool for reversing S7 passwords from a packet capture. A common feature of many industrial controllers includes homebrew hashing algorithms and authentication mechanisms that simply fall apart under a few days of scrutiny. Their tool is being incorporated into John the Ripper. A trend in the ICS space seems to include the incorporation of ICS-specific attacks into current attack frameworks. This makes ICS hacking far more available to network security assessors, as well as to the “Bad Guys”. My guess is that this trend will continue in 2013.
Billy Rios and Terry McCorkle talked about medical controllers and showed a Phillips XPER controller that they had purchased on eBay. The computer itself had not been wiped and contained hard-coded accounts as well as trivial buffer overflow vulnerabilities running on Windows XP.
Arthur Gervais released a slew of Schneider Modicon PLC-related vulnerabilities. Schneider’s service for updating Unity (the engineering software for Modicon PLCs) and other utilities used HTTP to download software updates, for example. I was sad that I missed his talk due to a conflict in the speaking schedule.
Luigi Auriemma and his colleague Donato Ferrante demonstrated their own binary patching system, which allows them to patch applications while they are executing. The technology shows a lot of promise. They are currently marketing it as a way to provide patches for unsupported software. I think that the true potential of their system is to patch industrial systems without shutting down the process. It may take a while for any vendor to adopt this technique, but it could be a powerful motivator to get end users to apply patches. Scheduling an outage window is the most-cited reason for not patching industrial systems, and ReVuln is showing that we can work around this limitation.
My favorite talk was one that was only semi-technical in nature and more defensive than offensive. It was about implementing an SDL and a fuzz-testing strategy at OSISoft. OSISoft’s PI server is the most frequently used data historian for industrial processes. Since C-level employees want to keep track of how their process is doing, historical data often must be exported from the control systems network to the corporate network in some fashion. In the best case scenario, this is usually done by way of a PI Server in the DMZ. In the worst case scenario, a corporate system will reach into the control network to communicate with the PI server. Either way, the result is the same: PI is a likely target if an attacker wants to jump from the corporate network to the control network. It is terrific and all too rare still to see a software company in ICS sharing their security experiences.
Digital Bond provides a nice “by the numbers” look at the conference.
If you are technical and international minded and want to talk to actual ICS operators, S4 is a great place to start.