Lenovo released a new version of the Lenovo System Update advisory (https://support.lenovo.com/ar/es/product_security/lsu_privilege) about two new privilege escalation vulnerabilities I had reported to Lenovo a couple of weeks ago (CVE-2015-8109, CVE-2015-8110). IOActive and Lenovo have issued advisories on these issues.
Before digging into the details, let’s go over a high-level overview of how the Lenovo System Update pops up the GUI application with Administrator privileges. 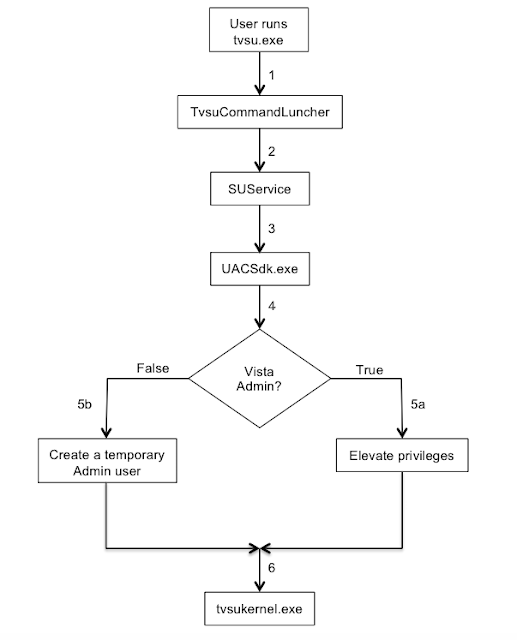 Here is a discussion of the steps depicted above:
1 – The user starts System Update by running the tvsu.exe binary which runs the TvsuCommandLauncher.exe with a specific argument. Previously, Lenovo fixed vulnerabilities that IOActive discovered where an attacker could impersonate a legitimate caller and pass the command to be executed to the SUService service through named pipes to gain a privilege escalation. In the newer version, the argument is a number within the range 1-6 that defines a set of tasks within the dll TvsuServiceCommon.dll

2 – TvsuCommandLauncher.exe then, as usual, contacts the SUService service that is running with System privileges, to process the required query with higher privileges.

3 – The SUService service then launches the UACSdk.exe binary with System privileges to prepare to execute the binary and run the GUI interface with Administrator privileges.

4 – UACSdk.exe checks if the user is a normal unprivileged user or a Vista Administrator with the ability to elevate privileges.

5 – Depending on user privileges:

Here is a sample of a randomly created user: 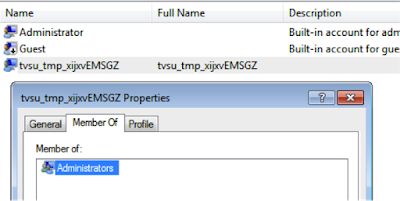 6 – Through tvsukernel.exe binary, the main Lenovo System Update GUI application is then run with Administrator privileges. 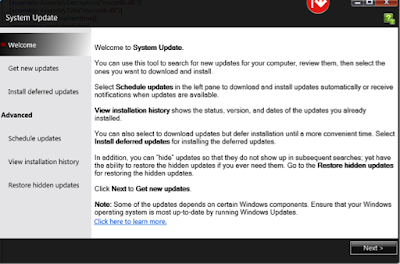 BUG 1 : Lenovo System Update Help Topics Privilege Escalation
The first vulnerability is within the Help system and has two entry points by which a user can open an online help topic that starts an instance of Internet Explorer.

1 – The link in the main application interface 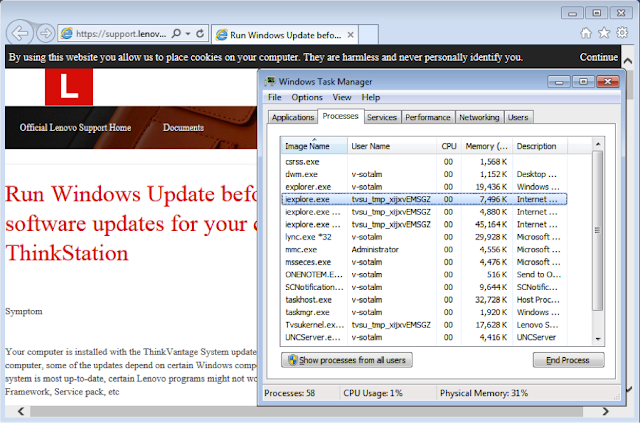 BUG 2 : Lenovo System Weak Cryptography Function Privilege Escalation
Through a more technical bug and exploitable vulnerability, the temporary administrator account is created in specific circumstances related to Step 5b in the overview.
The interesting function for setting the temporary account is sub_402190 and contains the following important snippets of code:

The function sub_401810 accepts three arguments and is responsible for generating a random string pattern with the third argument length.
Since sub_401810 generates a pattern using RAND, the initialization of the seed is based on the addition of current time and rand values and defined as follows:

Once the seed is defined, the function generates the random value using a loop with RAND and division/multiplication with specific values.
Rather than posting the full code, I’ll note that a portion of those loops looks like the following: 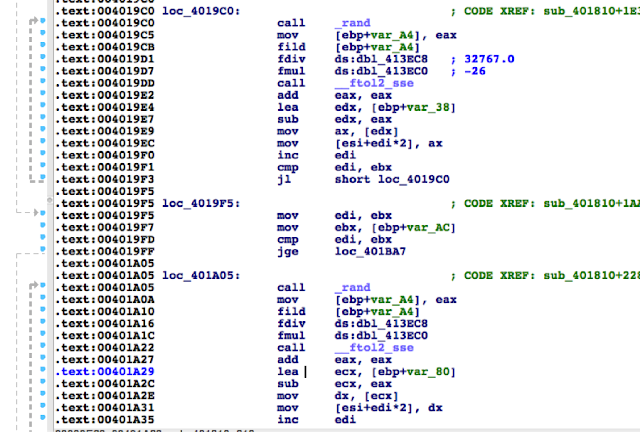 The first call to this function is used to generate the 10-letter suffix for the Administrator username that will be created as “tvsu_tmp_xxxxxXXXXX”
Since it is based on rand, the algorithm is actually predictable. It is possible for an attacker to regenerate the same username based on the time the account was created.
To generate the password (which is more critical), Lenovo has a more secure method: Microsoft Crypto API (Method #1) within the function sub_401BE0. We will not dig into this method, because the vulnerability IOActive discovered is not within this function. Instead, let’s look at how Method #2 generates a password, if Method #1 fails.
Let’s return to the snippets of code related to password generation:

We can clearly see that if function sub_401BE0 fails, the execution flow fails back using the custom RAND-based algorithm (defined earlier in function sub_401810) to generate a predictable password for the temporary Administrator account. In other words, an attacker could predict the password created by Method #2.
This means an attacker could under certain circumstances predict both the username and password and use them to elevate his or her privileges to Administrator on the machine.