In 2014, IOActive disclosed a series of attacks that affect multiple SATCOM devices, some of which are commonly deployed on vessels. Although there is no doubt that maritime assets are valuable targets, we cannot limit the attack surface to those communication devices that vessels, or even large cruise ships, are usually equipped with. In response to this situation, IOActive provides services to evaluate the security posture of the systems and devices that make up the modern integrated bridges and engine rooms found on cargo vessels and cruise ships. [1]

There are multiple facilities, devices, and systems located on ports and vessels and in the maritime domain in general, which are crucial to maintaining safe and secure operations across multiple sectors and nations.

Port security refers to protecting all of these assets from acts of piracy, terrorism, and other unlawful activities, such as smuggling. Recent activity appears to demonstrate that cyberattacks against this sector may have been underestimated. As threats evolve, procedures and policies must improve to take these new attack scenarios into account. For example,https://www.federalregister.gov/articles/2014/12/18/2014-29658/guidance-on-maritime-cybersecurity-standards
https://ioactive.com/wp-content/uploads/2015/12/663784.pdf

This blog post describes IOActive’s research related to one type of equipment usually present in vessels, Voyage Data Recorders (VDRs). In order to understand a little bit more about these devices, I’ll detail some of the internals and vulnerabilities found in one of these devices, the Furuno VR-3000. 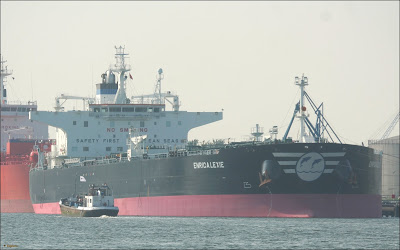 What is a Voyage Data Recorder?

(http://www.imo.org/en/OurWork/Safety/Navigation/Pages/VDR.aspx ) A VDR is equivalent to an aircraft’s ‘BlackBox’. These devices record crucial data, such as radar images, position, speed, audio in the bridge, etc. This data can be used to understand the root cause of an accident.

Several years ago, piracy acts were on the rise. Multiple cases were reported almost every day. As a result, nation-states along with fishing and shipping companies decided to protect their fleet, either by sending in the military or hiring private physical security companies.

On February 15, 2012, two Indian fishermen were shot by Italian marines onboard the Enrica merchant vessel, who supposedly opened fire thinking they were being attacked by pirates. This incident caused a serious diplomatic conflict between Italy and India, which continues to the present. https://en.wikipedia.org/wiki/Enrica_Lexie_case

‘Mysteriously’, the data collected from the sensors and voice recordings stored in the VDR during the hours of the incident was corrupted, making it totally unusable for authorities to use during their investigation.  As this story, from Indian Times, mentions the VDR could have provided authorities with crucial clues to figure out what really happened.

Curiously, Furuno was the manufacturer of the VDR that was corrupted in this incident. This Kerala High Court’s document covers this fact: http://indiankanoon.org/doc/187144571/ However, we cannot say whether the model Enrica Lexie was equipped with was the VR-3000. Just as a side note, the vessel was built in 2008 and the Furuno VR-3000 was apparently released in 2007.

Just a few weeks later, on March 1, 2012, the Singapore-flagged cargo ship MV. Prabhu Daya was involved in a hit-and-run incident off the Kerala Coast. As a result, three fishermen were killed and one more disappeared and was eventually rescued by a fishing vessel in the area. Indian authorities initiated an investigation of the accident that led to the arrest of the MV. Prabhu Daya’s captain. 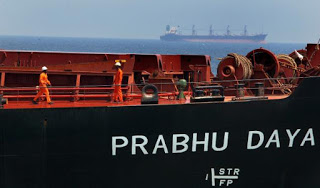 During that process, an interesting detail was reported in several Indian newspapers.

So, What’s Going on Here?

From a security perspective, it seems clear VDRs pose a really interesting target. If you either want to spy on a vessel’s activities or destroy sensitive data that may put your crew in a difficult position, VDRs are the key.

Understanding a VDR’s internals can provide authorities, or third-parties, with valuable information when performing forensics investigations. However, the ability to precisely alter data can also enable anti-forensics attacks, as described in the real incident previously mentioned.

As usual, I didn’t have access to the hardware; but fortunately, I played some tricks and found both firmware and software for the target VDR. The details presented below are exclusively based on static analysis and user-mode QEMU emulation (already explained in a previous blog post). [2] 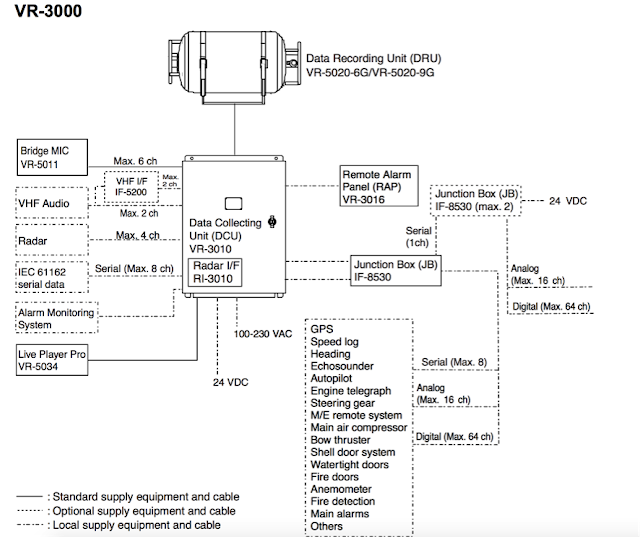 Figure: Typical architecture of a VR-3000

Basically, inside the Data Collecting Unit (DCU) is a Linux machine with multiple communication interfaces, such as USB, IEEE1394, and LAN. Also inside the DCU, is a backup HDD that partially replicates the data stored on the Data Recording Unit (DRU). The DRU is protected against aggressions in order to survive in the case of an accident. It also contains a Flash disk to store data for a 12 hour period. This unit stores all essential navigation and status data such bridge conversations, VHF communications, and radar images.

The International Maritime Organization (IMO) recommends that all VDR and S-VDR systems installed on or after 1 July 2006 be supplied with an accessible means for extracting the stored data from the VDR or S-VDR to a laptop computer. Manufacturers are required to provide software for extracting data, instructions for extracting data, and cables for connecting between a recording device and computer. 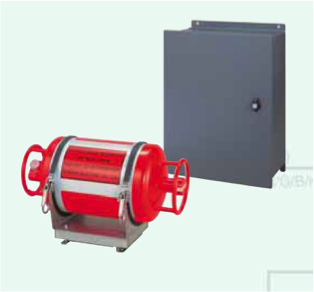 After spending some hours reversing the different binaries, it was clear that security is not one of its main strengths of this equipment. Multiple services are prone to buffer overflows and command injection vulnerabilities. The mechanism to update firmware is flawed. Encryption is weak. Basically, almost the entire design should be considered insecure.

Take this function, extracted from from the Playback software, as an example of how not to perform authentication. For those who are wondering what ‘Encryptor’ is, just a word: Scytale. 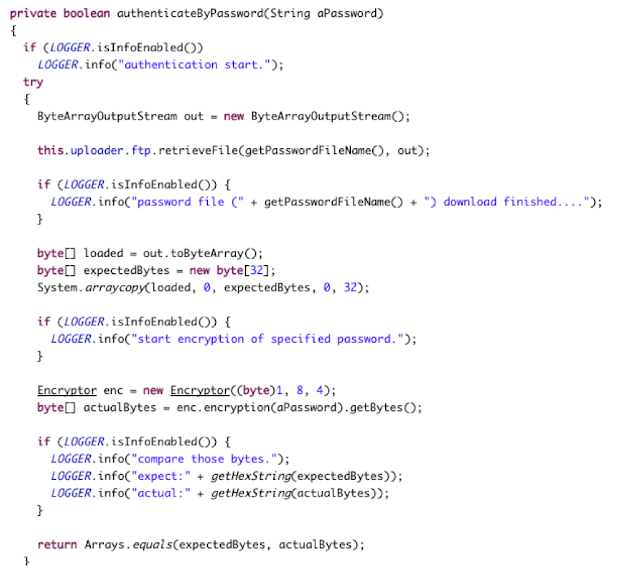 Digging further into the binary services we can find a vulnerability that allows unauthenticated attackers with remote access to the VR-3000 to execute arbitrary commands with root privileges. This can be used to fully compromise the device. As a result, remote attackers are able to access, modify, or erase data stored on the VDR, including voice conversations, radar images, and navigation data. 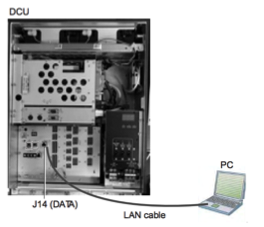 VR-3000’s firmware can be updated with the help of Windows software known as ‘VDR Maintenance Viewer’ (client-side), which is proprietary Furuno software.

The VR-3000 firmware (server-side) contains a binary that implements part of the firmware update logic: ‘moduleserv’

Internally, both server (DCU) and client-side (VDR Maintenance Viewer, LivePlayer, etc.) use a proprietary session-oriented, binary protocol. Basically, each packet may contain a chain of ‘data units’, which, according to their type, will contain different kinds of data.

Figure: Some of the supported commands
‘moduleserv’ several control messages intended to control the firmware upgrade process. Let’s analyze how it handles a ‘SOFTWARE_BACKUP_START’ request:

An attacker-controlled string is used to build a command that will be executed without being properly sanitized. Therefore, this vulnerability allows remote unauthenticated attackers to execute arbitrary commands with root privileges. 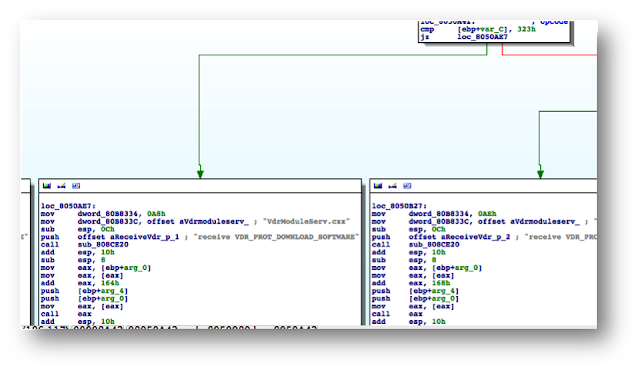 At this point, attackers could modify arbitrary data stored on the DCU in order to, for example, delete certain conversations from the bridge, delete radar images, or alter speed or position readings. Malicious actors could also use the VDR to spy on a vessel’s crew as VDRs are directly connected to microphones located, at a minimum, in the bridge.

However, compromising the DCU is not enough to cover an attacker’s tracks, as it only contains a backup HDD, which is not designed to survive extreme conditions. The key device in this anti-forensics scenario would be the DRU. The privileged position gained by compromising the DCU would allow attackers to modify/delete data in the DRU too, as this unit is directly connected through an IEEE1394 interface. The image below shows the structure of the DRU. 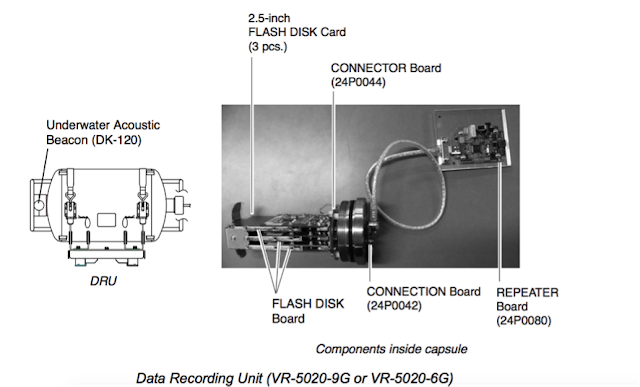 Figure: Internal structure of the DRU

Before IMO’s resolution MSC.233(90) [3], VDRs did not have to comply with security standards to prevent data tampering. Taking into account that we have demonstrated these devices can be successfully attacked, any data collected from them should be carefully evaluated and verified to detect signs of potential tampering.

IOActive, following our responsible disclosure policy, notified the CERT/CC about this vulnerability in October 2014. The CERT/CC, working alongside the JPCERT/CC, were in contact with Furuno and were able to reproduce and verify the vulnerability. Furuno committed to providing a patch for their customers “sometime in the year of 2015.” IOActive does not have further details on whether a patch has been made available.
References
————–
1. http://www.ioactive.com/alerts/maritime-vessel-ship-security-assurance.html
2. http://blog.ioactive.com/2013/09/emulating-binaries-to-discover.html
3. https://ioactive.com/wp-content/uploads/2015/12/33390.pdf