INTRODUCTION
Just a decade ago, electroencephalography (EEG) was limited to the inner rooms of hospitals, purely for medical purposes. Nowadays, relatively cheap consumer devices capable of measuring brain wave activity are in the hands of curious kids, researchers, artists, creators, and hackers. A few of the applications of this technology include:
·       EEG-controlled Exoskeleton Hope for ALS Sufferers
·       Brain-controlled Drone
·       Brain Waves Used as a Biometric Authentication Mechanism
·       Translating Soldier Thoughts to Computer Commands (Military)
·       Detect Battlefield Threats via Brain Waves (Military)
·       Car Operated by Brain Waves
·       First Human Brain-to-brain Interface (using EEG and TMS)
·       Music Created with Brain Waves
·       Neurowear (Clothing)
I’ve been monitoring the news for the last year, searching keywords brain waves, and the volume of headlines is growing quickly. In other words, people out there are having fun with brain waves and are creating cool stuff using existing consumer devices and (mostly) insecure software.
Based on my observations using a cheap EEG device and known software, I think that many of these technologies might contain security flaws that make them vulnerable to Man-in-The-Middle (MiTM), replay, Denial-of-Service (DoS), and other attacks. 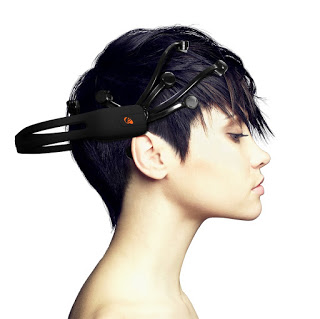 RESEARCH BACKGROUND
A few months ago, I demonstrated some of the risks associated with the acquisition, transmission, and processing of EEGs at the Bio Hacking Village at DEF CON 23 (slide deck) and BruCON. I consider this pioneering research a wakeup call for vendors and developers. I see this technology in a similar position as industrial systems. Ten years ago, only a few people were talking about SCADA/Industrial Control System (ICS) security; today it’s a whole sub-industry. Even so, programmable logical controllers are still crashing due to basic malformed packets, and other ICS critical systems are vulnerable to replay attacks due to a lack of authentication and encryption. A similar scenario is playing out with brain wave/EEG technology.
It’s important to mention that some technologies such as Neuromore and NeuroElectrics’ NUBE can be used to upload your EEG activity to the cloud. I do not address this in depth, other than to note that privacy is an important concern. Is your brain activity being sent to the cloud securely? Once in the cloud, is it being stored securely? Place your bets.
In the following sections, I explain some of the security concerns I observed while playing with my own brain activity using a Neurosky Mindwave device and a variety of EEG software. Because I only present a few examples here, I encourage you to take a look to my full DEF CON slide deckfor more examples.

I should note that real attack scenarios are a bit hard for me to achieve, since I lack specific expertise in interpreting EEG data; however, I believe I effectively demonstrate that such attacks are 100 percent feasible.

Through Internet research, I reviewed several technical manuals, specifications, and brochures for EEG devices and software. I searched the documents for the keywords ‘secur‘, ‘crypt‘, ‘auth‘, and ‘passw‘; 90 percent didn’t contain one such reference. It’s pretty obvious that security has not been considered at all.

NO ENCRYPTION / NO AUTHENTICATION
The major risk associated with not using encryption or authentication is that an unauthorized person could read or impersonate someone’s brain waves through replay attacks or data tampering via MiTM attacks. The resulting level of risk depends on how the EEG data is used.
Let’s consider a MiTM attack scenario where an attacker modifies data on the fly during transmission, after data acquisition but before the brain waves reach the final destination for processing. NeuroServeris an EEG signal transceiver that uses TCP/IP and EDF format. Although the NeuroServer technology is old and unmaintained, it is still in use (mostly for research) and is included in BrainBay an open-source bio and neurofeedback application. 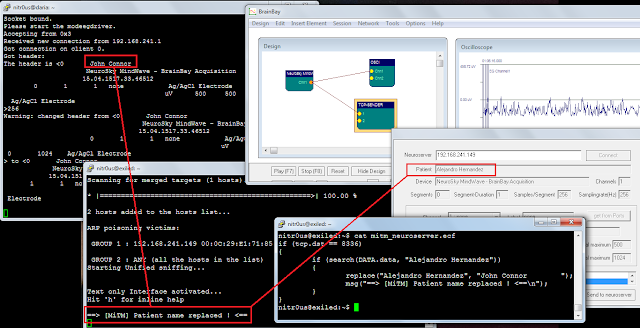 I recorded the whole MITM attack (full screen is recommended):

For this demonstration, I changed only an ASCII string (the patient name); however, the actual EEG data can be easily manipulated in binary format.

RESILIENCE
Resilience is the ability to support or recover from adversity, in this case, DoS attacks.

Brain waves are data. Data needs to be structured and parsed, and parsers have bugs. Following is a malformed EDF header I created to remotely crash NeuroServer:

I recorded the execution of this remote DoS proof of concept code against NeuroServer:
I couldn’t believe that 1990s techniques are still killing 21st century technology. I used an infinite loop to create as many network sockets as possible and keep them open.
The following two videos show applications crashing as a result of this old technique:

THE “TOWER OF BABEL” OF EEG FILE FORMATS 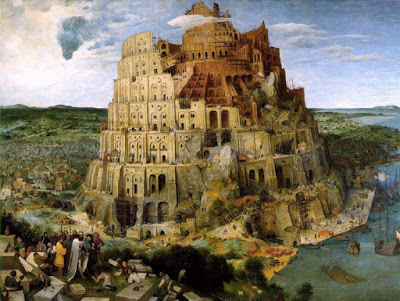 From its conception, EEG vendors created their own file formats. As a result, it was very difficult to share patients’ brain waves between hospitals and physicians. Years later, in 1992, the EDF format was defined and adopted by many vendors. It’s worth mentioning that EDF and its improved version EDF+ (2003), are now old. There are more recent file format specifications and implementations in EEG software; in other words, it’s a new playing field. 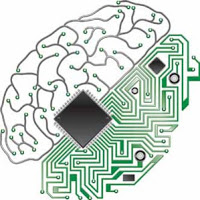 I spent some time inspecting brochures, manuals, and technical specifications in order to identify the most commonly used file formats. The following table shows that the most common formats are proprietary and EDF(+):

Physicians use client-side software to open files containing EEG data. The security problems associated with these applications are similar to those found in any software that has been developed insecurely. In the end, parsing EEG data is just like parsing any other file format, and parsing involves security risks.
I performed trivial file format fuzzing on some EDF samples containing brain waves in order to identify general software flaws, not only security flaws. Most applications crashed within a few seconds from this malformed data, and most crashes were caused by invalid memory dereferences and other conditions that may be security bugs.
For instance, I was able to force an abnormal termination in Persyst Advanced Review (Insight II), commercial software that opens “virtually all commercial EEG formats,” according to its website.

In the following video, I demonstrate other bugs I found in Natus Stellate Harmonie Viewer, BrainBay, and SigViewer (which uses the BioSig open-source software library):

I think that bugs in client-side applications are less relevant. The attack surface is reduced because this software is only being used by specialized people. I don’t imagine any exploit code in the future for EEG software, but attackers often launch surprising attacks, so it should still be secure.

MISC
When brain waves are communicated over the air via Bluetooth or WiFi, what about jamming? Easy to answer.
What about SHODAN, the search engine for the Internet of Things? I did some searches and found a few pieces of EEG equipment accessible on the Internet. The risk here is that an attacker could perform automated password cracking to gain unauthorized access through a Remote Desktop. I also noted that some equipment uses the old and unsupported Windows XP operating system. Hospitals, do you really need this equipment connected to the Internet? 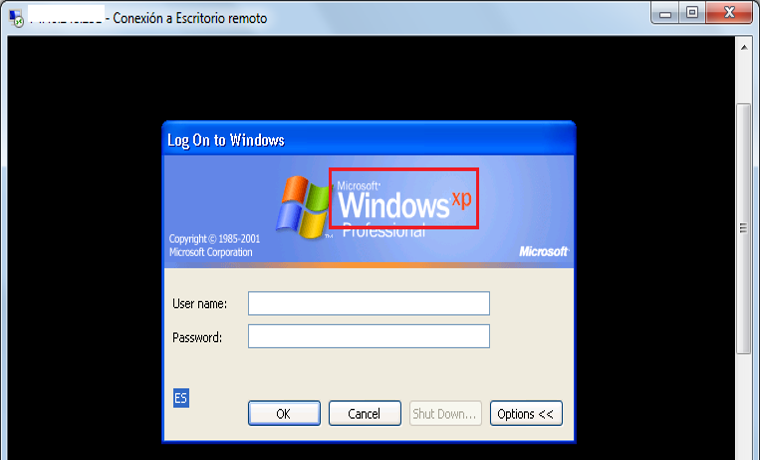 STANDARDS
What about regulatory compliance? Well, some efforts have been made to treat EEG data properly. For example, the American Clinical Neurophysiology Society (ACNS) has created some guidelines.
·       (2008) Standard for Transferring Digital Neurophysiological Data Between Independent Computer Systems
·       (2006) Guideline 8: Guidelines for Recording Clinical EEG on Digital Media. Nevertheless, “magnetic storage and CD-ROMs” is mentioned here.
However, the guidelines are somewhat dated and do not consider the current technologies.

CONCLUSIONS
We need more security “in mind” for brain wave technology. Best practices, including secure design and secure programming, should be followed. I think that regulators should issue security requirements to ensure products treat brain waves in a secure manner.
We also need new standards and guidelines for the secure treatment of brain waves, not only from and for the health care industry, but for a wide range of industries where brain waves are used. To prevent an unauthorized person from reading or impersonating EEG data, vendors should implement authentication mechanisms before EEG data or streams are read or updated. Also, there must be authentication between the acquisition device, the EEG middleware, and the endpoints. Endpoints use decoded brain wave to perform tasks; possible EEG endpoints include a drone, prosthesis, biometric mechanism, and more.
The security of this technology is not keeping pace with the risks. By now, security could be improved by implementing the controls surrounding EEG technology such as SSL tunnels to encrypt brain waves in transit. Perhaps in the future we will have layer 7 bio-signal firewalls, sounds crazy right? But let’s consider that ten years ago nobody imagined an ICS / SCADA firewall / Intrusion Prevention System with Deep Packet Inspection in layer 7 to identify malformed packets while inspecting the network. The future is coming fast.
If you’re a developer, I encourage you to adopt more secure programming practices. If you’re a vendor, you should perform security testing on the medical devices and software you supply.
Finally, if you’re hooked on this topic and planning a trip to Spain, Alfonso Muñoz, a fellow Security Consultant at IOActive, will present “Cryptography with brainwaves for fun and… profit?” on March 3, 2016, at Rooted CON in Madrid.
Also, feel free to check out these explanatory articles, in which my research is mentioned:
·       Hackers Can Steal your BRAIN WAVES
·       The EEG Headband & Security 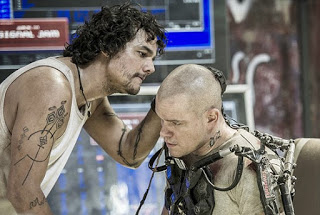 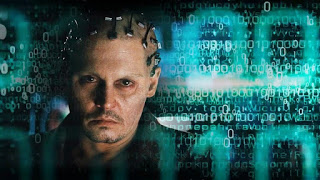